We can now let you know how Tiki’s played a small part in the making of this year's latest blockbusters Godzilla vs. Kong: we kept the production team going with their strenuous production schedule, and we hosted the wrap party.

November 2018 is when we started to see some new regulars that would come in to eat and drink and party with us at Tiki's Grill & Bar (located in the Aston Waikiki Beach hotel), every week for several months. We found out they worked on a film code-named "APEX."  After a few too many drinks, some of them let slip that the movie was in fact Godzilla vs. Kong. 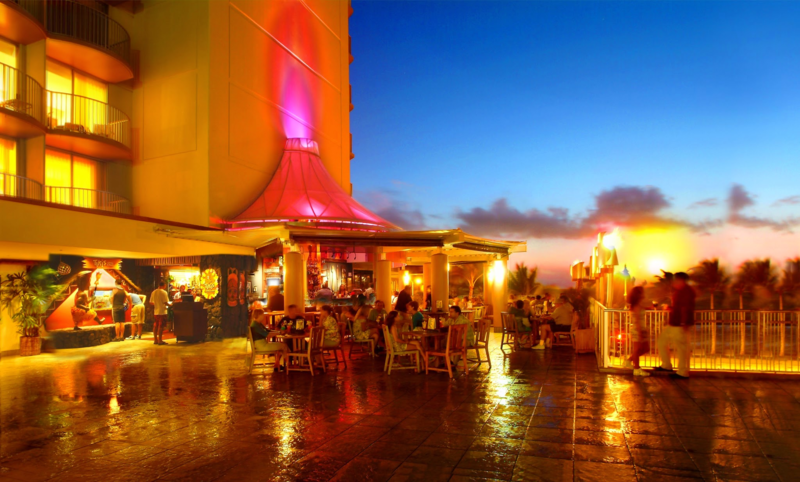 Filming locations included the Hawaii State Capitol building, Kalaeloa Airport in Kapolei, and the Naval Air Museum located inside the airport. Establishing shots of Monarch's trademark Humvees were filmed in and around Iolani Palace. In addition, Manoa Falls, a 150-foot waterfall, The USS Missouri, H-3 Tunnels, Battery Cooper at Kualoa Ranch used for filming important scenes and the list goes on and on! To the best of our knowledge, no film took place at Tiki, but if we ever find a few cracked tiles, we would like to blame on Godzilla!

Now, it’s not unusual for film crews to hang out at our spot, but this one was kind of interesting because we then got asked to hold the wrap party at the end of the production. But they were not sure about when they were going to hold it and they were very secretive about what movie it was. They had a good budget and wanted to make sure the crew knew how much they appreciated the long hours and talent that went into making this movie.

Jenni & Jennifer from our Sales & Events team wanted to do something unique and fun for the crew that had been coming in for almost a year, so they worked with our talented bar team to create two drinks that would give a subtle nod to the not-so-secret Secret Movie Title: a vibrant green drink named Gojira, and a chocolate and banana-blended drink called the Monkey. We even held a contest for attendees to vote for who they thought would win based on which drink they preferred! If memory serves, the two monsters were neck and neck in popularity. 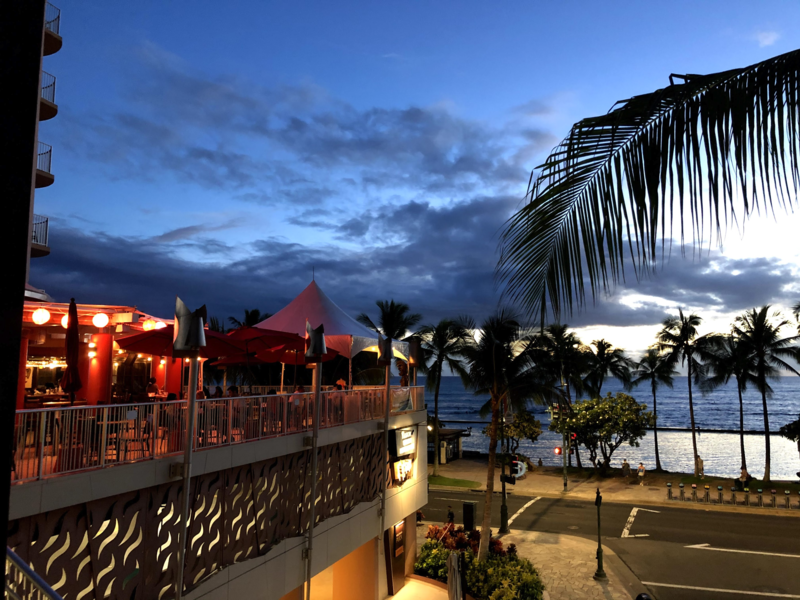 This party was hosted on the hotel's Pool Deck and Tiki's Hina's Lanai venue and some of the main bar area, where 300 guests attended this blowout of a party.

To make the night even more special, some members of the popular local reggae band The Green were the surprise musical performers of the evening.

Some other time, ask Michael about when The huge Disney hit Pirates of the Caribbean: On Stranger Tides starring Johnny Depp in his iconic role of Captain Jack Sparrow was filmed on Oahu, and how a Pirate from England ended up dating one of our cocktailers and then marrying her... Oh the fun we have being in F&B. 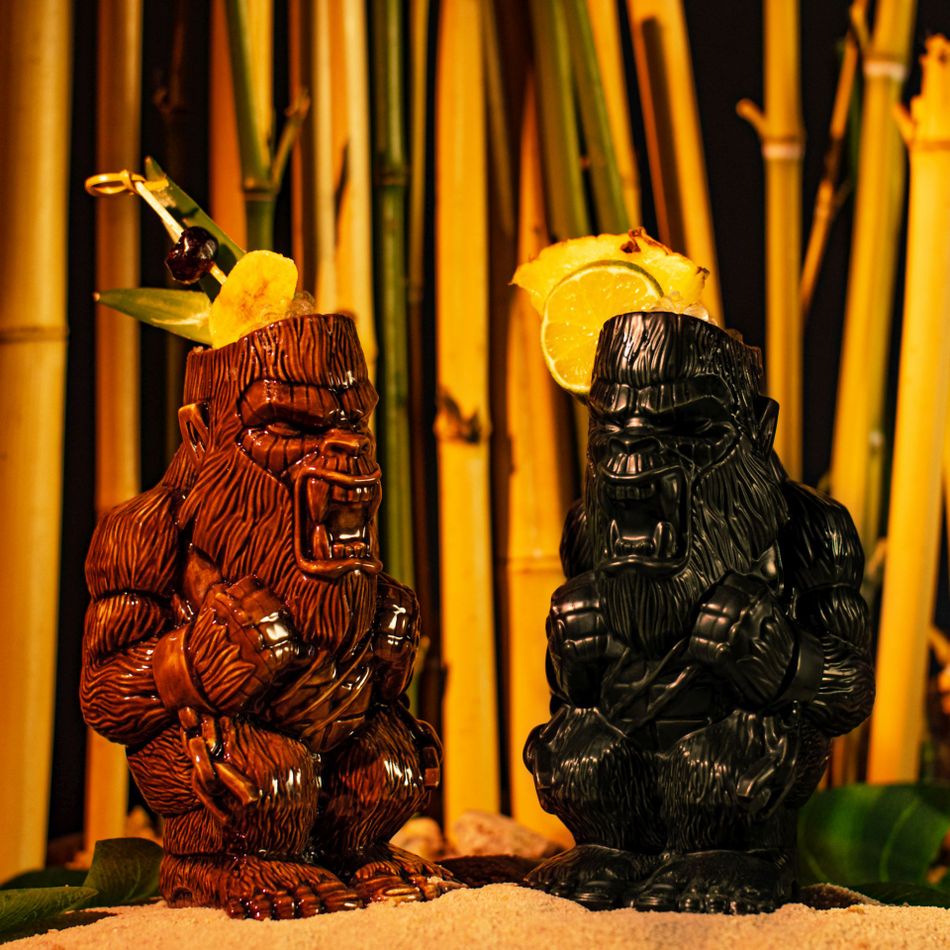 These two tiki mugs have nothing to do with us but we still thought they were epic! More about them at: https://mondoshop.com/collections/tiki-mugs/products/godzilla-vs-kong-godzilla-tiki-mug-black-satin