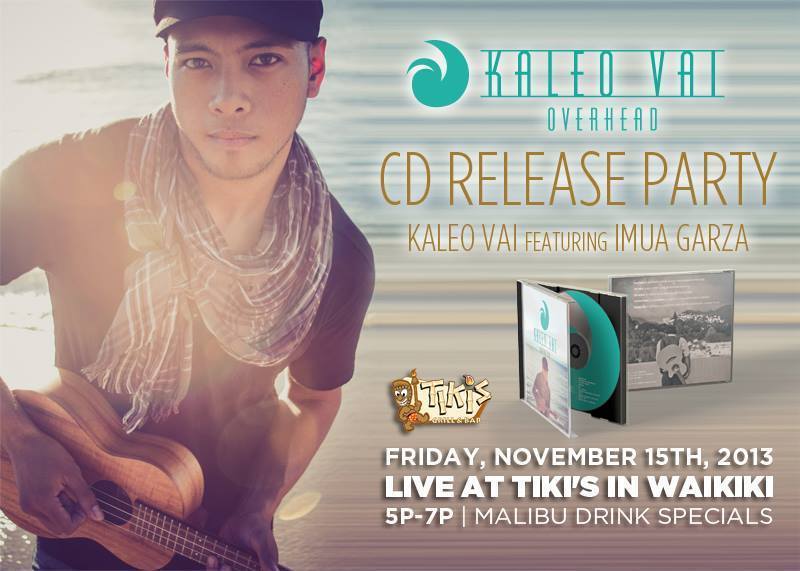 “His style is reminiscent of some of the great music of Hawaii’s past.” John Kitakis, Luthier, Ko’olau Guitar & Ukulele Co.
Preview and buy is songs on Itunes.

Quickly becoming one of Oahu’s most influential music-makers, Kaleo has been sought after by locally and nationally renowned entertainers alike for his soulful presence and creativity.

In less than a year since the release of Aloha Monday (June 2008), he has shared the stage with American Idol’s Camile Velasco and platinum recording artist Colbie Caillat, written and collaborated with Na Leo’s award-winning singer/songwriter Lehua Kalima, garnered a nomination from the Hawaii Academy of Recording Arts for Jazz Album of the Year, and entertained troops in the Middle East where Miss Hawaii 2008, Nicole Fox, danced hula to his first single and best-selling track, Aloha For Now.

Kaleo’s musical ear began to develop at the age of eight as a member of the Honolulu Boy Choir. Raised in Pupukea on Oahu’s North Shore, he graduated from Waialua High, and studied blues and gospel at the University of Oregon. In 2004, he broke into the entertainment business as lead singer of the Krush.