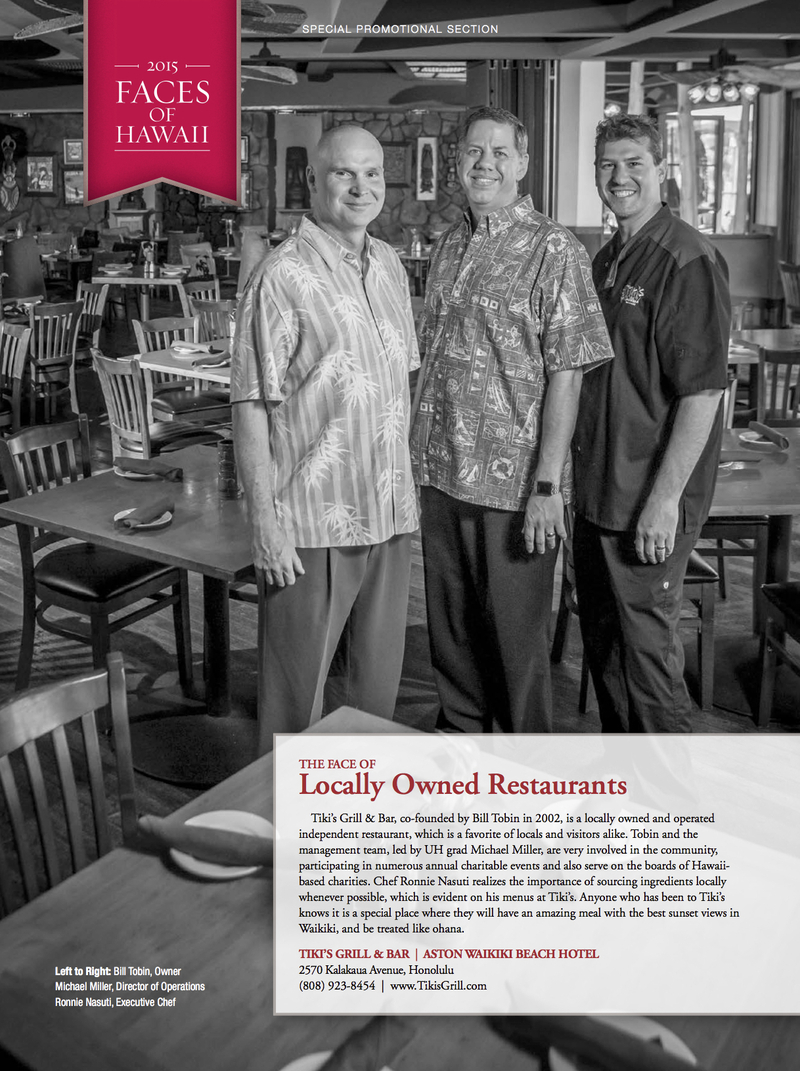 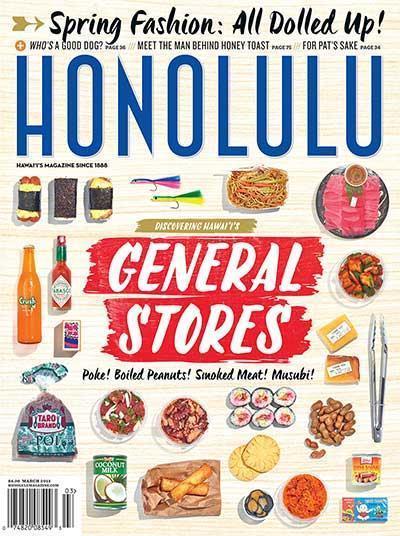 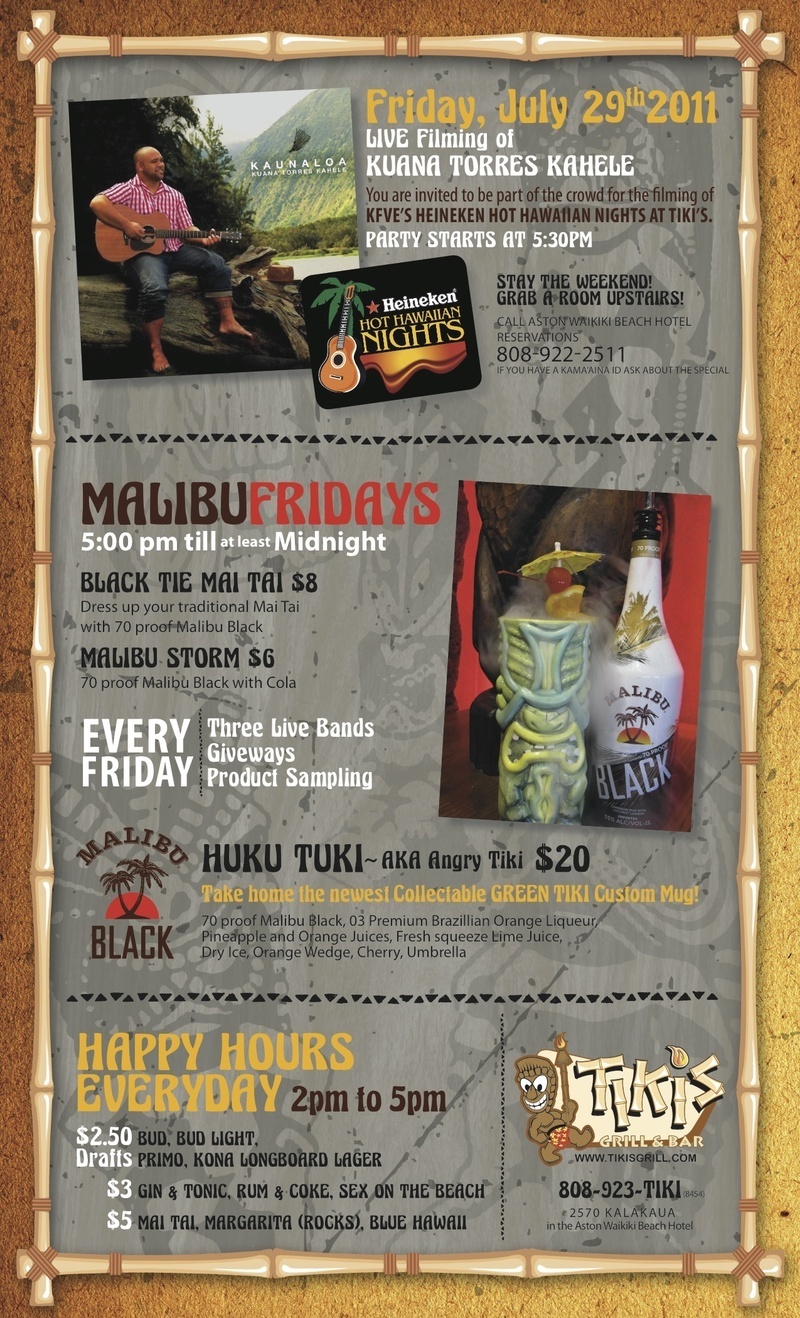 It occurred to me as I was enjoying a late afternoon on the lanai at Tiki’s Grill & Bar — tikis of various sizes and shapes on one side, a beautiful view of the ocean on the other — that there are times when that old saying, “You get what you pay for,” means exactly that. The $5 “Happy Hour” Mai Tai that I’d started out with wasn’t bad. I’d never been more aware of the ice cubes that are part of the basic recipe, but by the time I finished it there was no doubt that the deceptively innocuous drink contained a significant amount of alcohol.

But then — strictly in the interests of Pau Hana Patrol research — I ordered a 1944 Mai Tai ($9) from the Nuevo Classics menu.

The presentation was the same –served in a coconut shell cup, and garnished with a wedge of lime, slice of pineapple and a maraschino cherry. The impact wasn’t. There was more substance to this one, a sense that the concoction was thicker, even allowing for all the ice. The rums were more assertive, and the flavors of fruit juice and orange curacao were stronger. From the first sip to the last, there was no question that this was a drink with a good bit of alcohol. When I was finished, I knew that the time for testing adult drinks was over and I’d be drinking water or some other “all-ages beverage” for the rest of the afternoon.

Tiki’s has no “Happy Hour” food discounts, a fact that bargain hunters should keep in mind, but the pupu menu available at the open-air bar offers an impressive range of selections — ahi sashimi ($14), ahi poke ($12), steamed clams, baby back ribs ($10) and crispy mochiko chicken ($9) are a few examples. I’ve learned that a solo “patroller” shouldn’t commit to things served in large portions, so I regretfully passed up on the half-pound Grand Tiki Burger with fries ($12), the Kalua Pig Nachos ($14) and the Kalua Pig Quesadilla ($12) in favor of three other choices.

The Tender Beef Skewers ($14), a plate of four, proved an excellent choice. The beef was flavorful, the slices of red and green peppers crisp and tangy, and the chunks of onion tart but not too strong.

Tiki’s Famous Coconut Shrimp ($13), large and crunchy, rolled in coconut and served with sweet chili sauce, was beautifully presented. Chopped greens are often used simply to add a bit more height to dishes. I sampled the “Asian slaw” under the shrimp and found the sharp taste of ginger a nice counterpoint to the sauce.

The Jumbo Shrimp Cocktail ($12) isn’t served in a giant cocktail glass but the artistry of the presentation — four large shrimp served with two choices of dipping sauce and colorfully garnished — made the glass unnecessary. The shrimp were large, and the sauces — a wasabi-accented cocktail sauce and a dark sauce — complemented them nicely.

The "Happy Hour" Mai Tai, $5, will put patrons in the best of moods. —John Berger / jberger@starbulletin.com

On Tuesdays, Tiki’s Happy Hour folds into Taco Tuesdays, with $2 tacos available “while supplies last,” payment by cash only. Be there promptly if you want your tacos served in a hard shell. Those ran out in 20 minutes on the Tuesday I visited, and from that point on they were served in soft purple wraps. Red cabbage along with cheese and ground meat as taco filler? Well, why not? (See my observation at top.)

The Taco Tuesday drink specials sounded tempting, but it had been a long day and I had a long drive through rush hour traffic ahead of me. Consider it unfinished business for the future.

© 2010 The Honolulu Star-Advertiser. All rights reserved.