The Hawaii Restaurant Association held its 10th Annual Hall of Fame Dinner at the Dole Cannery’s Pomaika`i Ballroom in Iwilei on Monday, September 19, 2016 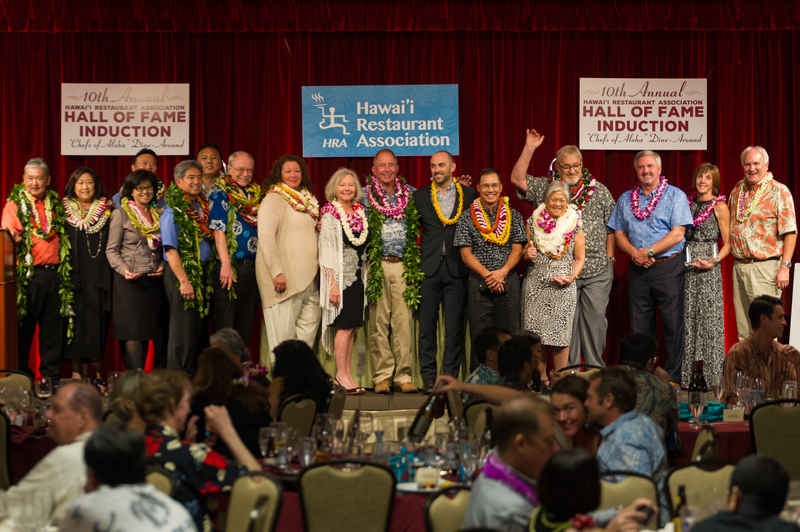 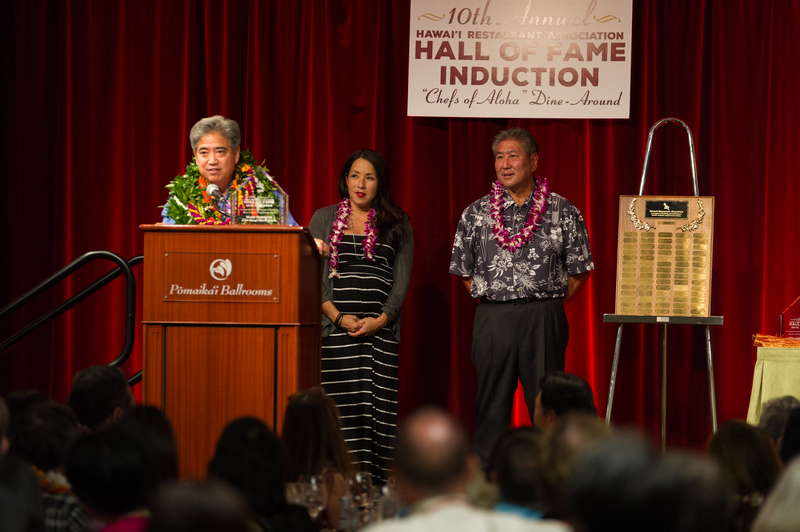 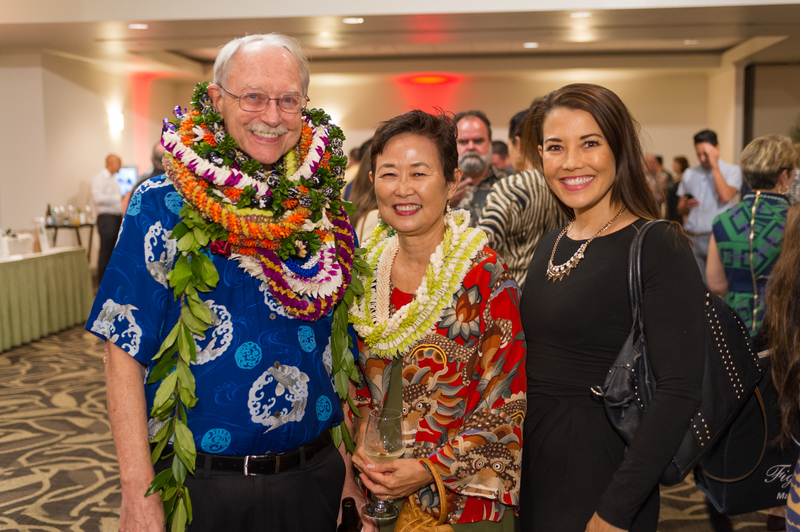 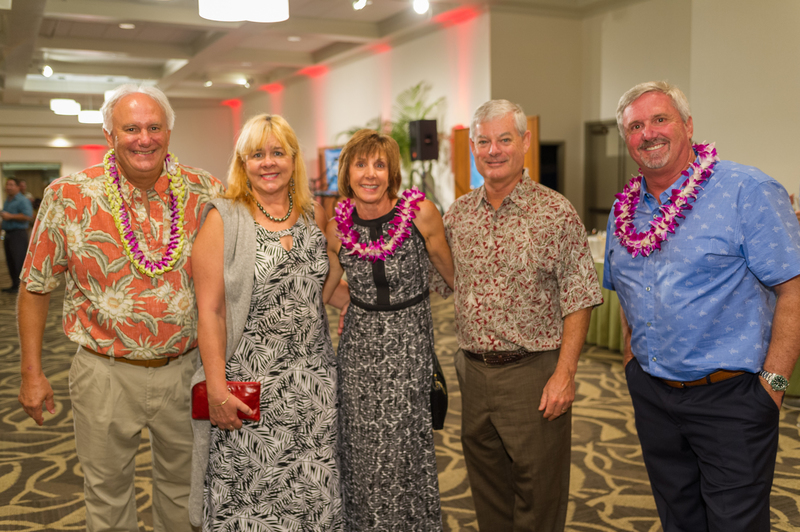 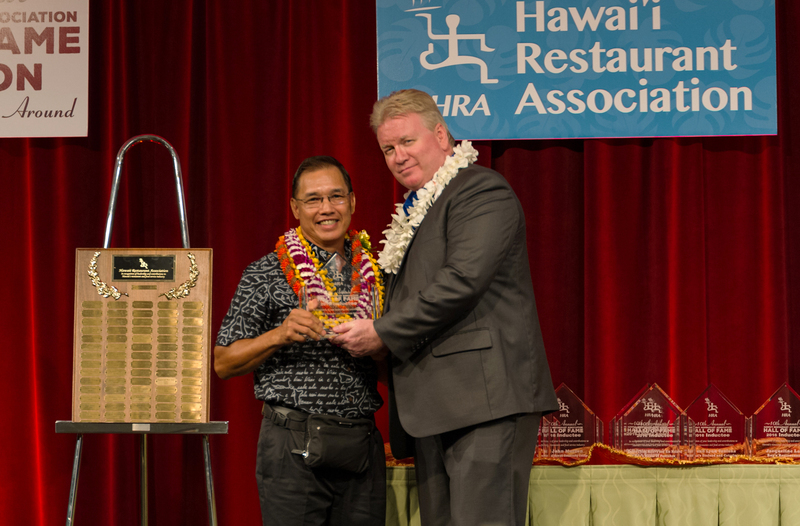 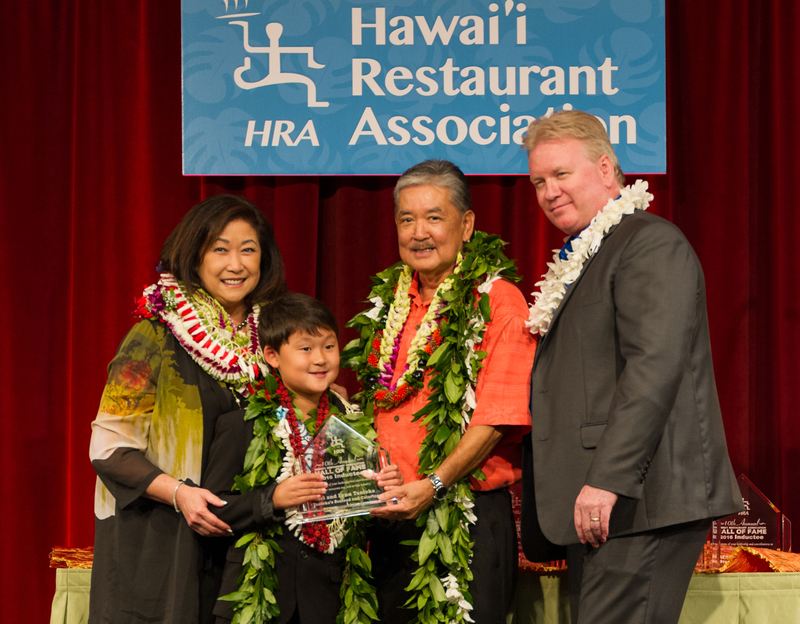 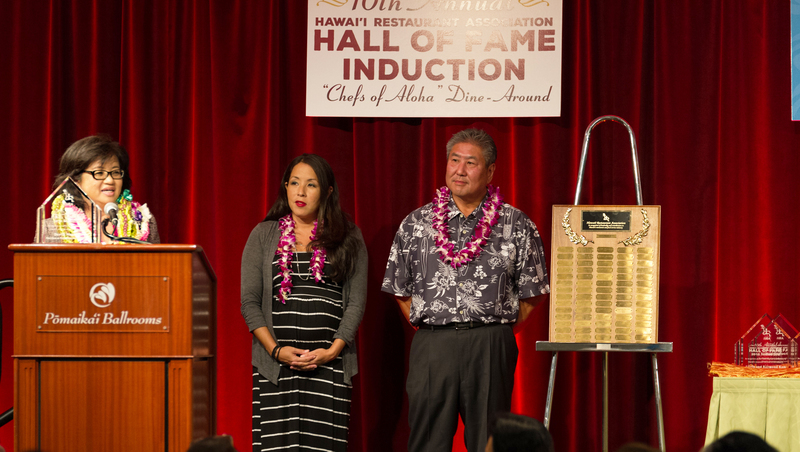 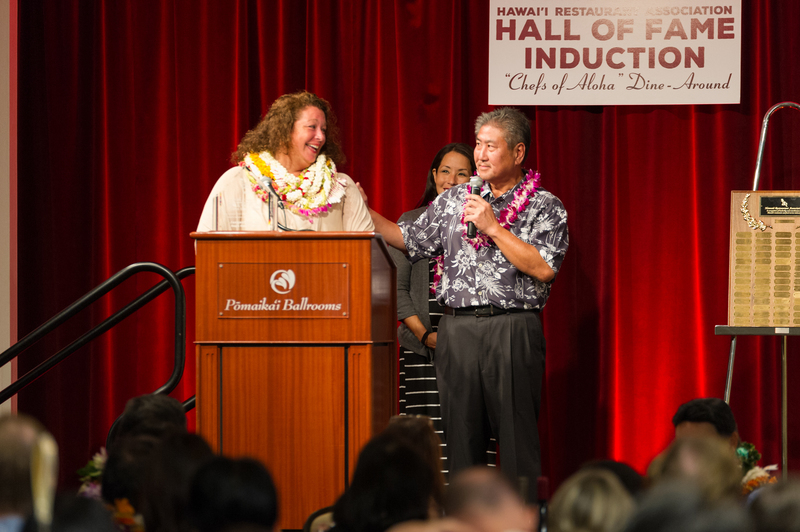 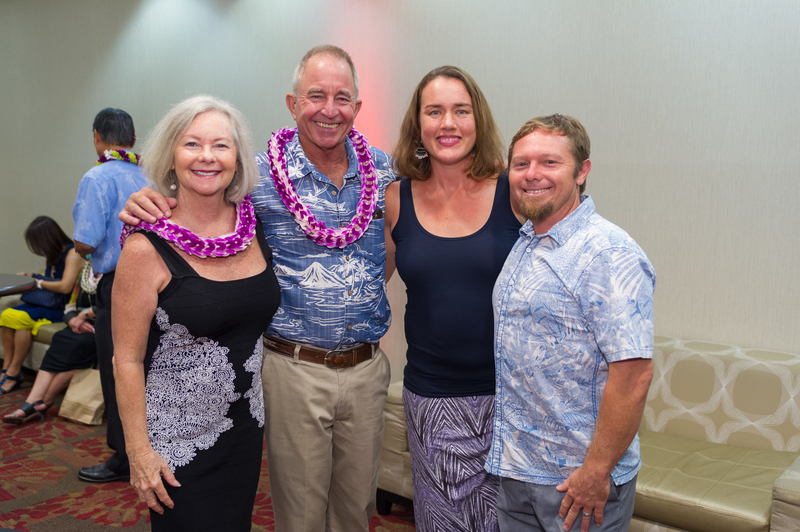 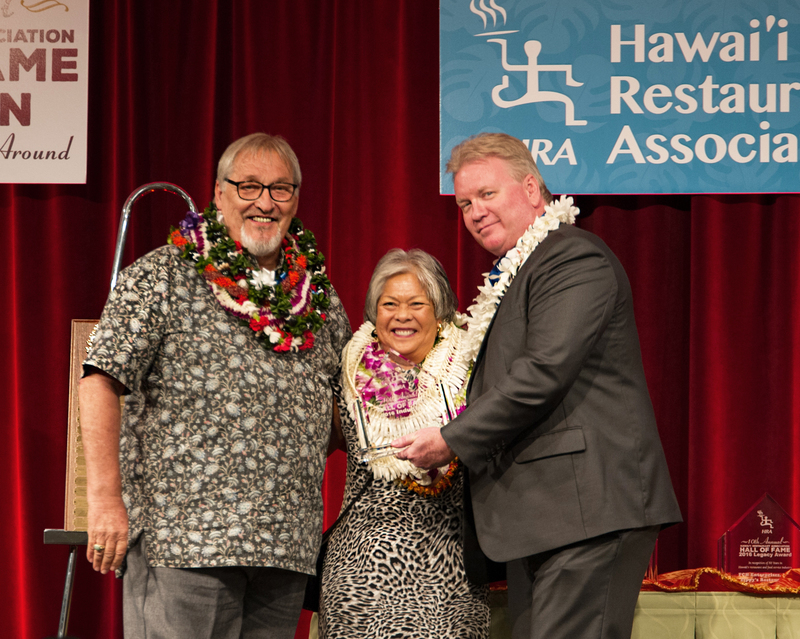 The inductees as well as the legacy winners were individuals and/or company’s that have demonstrated dedication and commitment to the growth of the restaurant and food service industry in Hawaii, contributed to the enhancement of its quality and image, and demonstrated service through outreach. 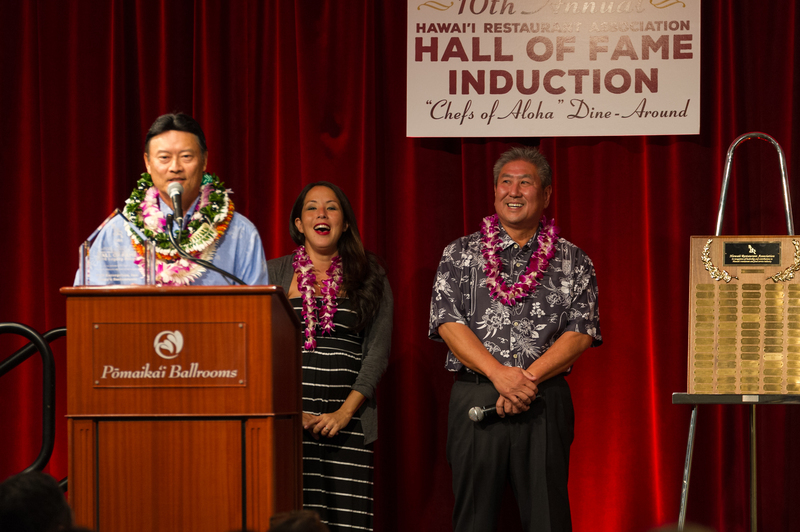 For the past 50 years, Zippy’s has followed Frances and Charles Higa’s core business values of commitment, serving with honorable intentions and uncompromising integrity, taking care of people, recognizing the unlimited potential in people and opportunities, taking risks and being willing to change and think long term. Whether it’s a Zip Pac before heading to the beach, a bucket of chicken for a potluck or some oxtail soup after a long night out the next stop will always be Zippy’s. 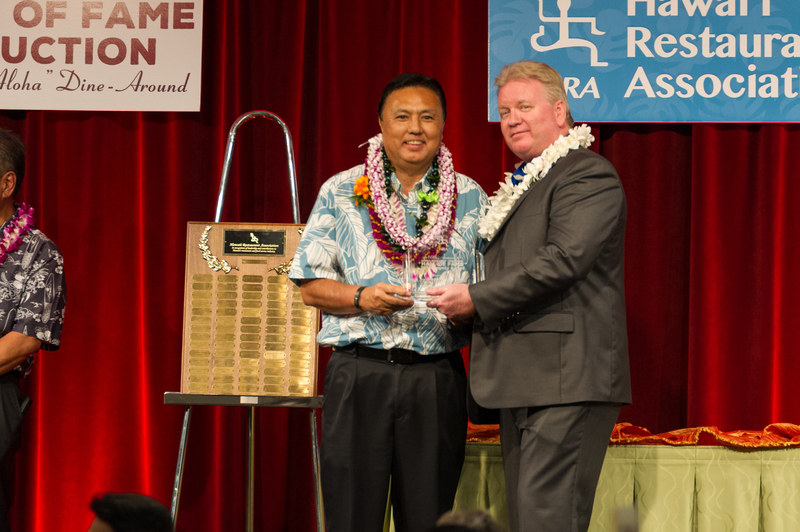 After 70 years in Hawaii, the Aloha Shoyu `ohana continues to emphasize the core Hawaiian values of kindness, unity, humility, and perseverance. For over seven decades, Aloha Shoyu Company continues to bring its unique products to kitchens all over the world, so that every dish can be served with a little aloha. 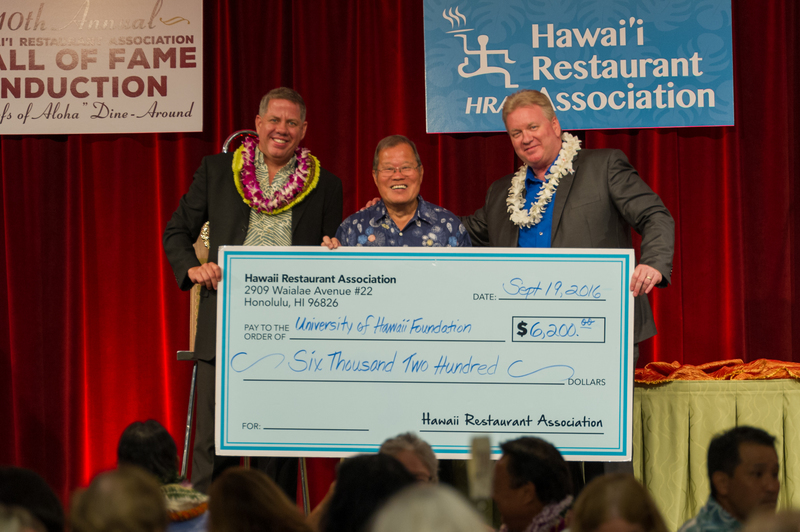 Proceeds from this year’s event will benefit the HRA Scholarship Program at the University of Hawaii Community Colleges.

The event also included a “Chefs of Aloha” Dine-Around that featured guest Chefs (see attached for complete list of guest Chefs) from the past nine (9) years of Hall of Fame dinners preparing exquisite dishes for all attendees.
"Chefs of Aloha" Dine-Around 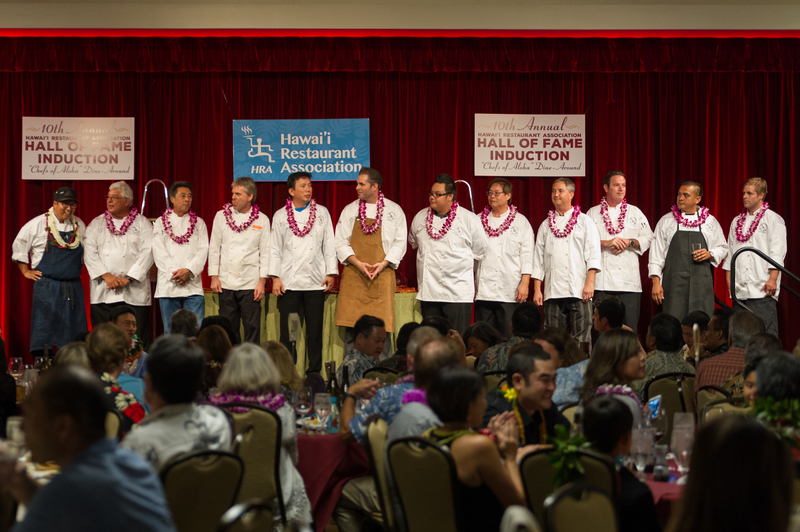 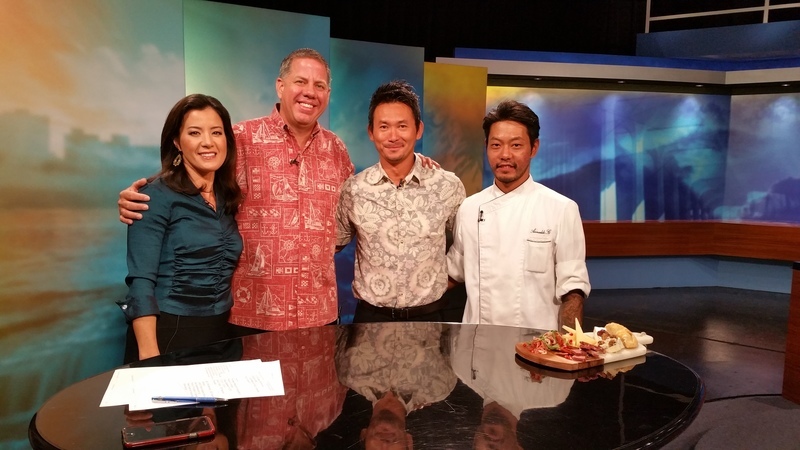 KITV Morning News Anchor/Reporter Lara Yamada, hosted a segment about “Holiday for Heroes” event, talking about the event was Hide Sakurai and Chef Masa Gushiken of Bread + Butter and Michael Miller with Tiki’s Grill & Bar.
Here is a link to the segment: http://www.kitv.com/clip/12045054/hawaii-restaurant-associations-holiday-for-heroes-kicks-off-next-Friday
The holidays are nearly upon us and the Hawaii Restaurant Association [HRA] executive team and its members cordially invite those in the restaurant and food service industry, their guests, and food-lovers everywhere to come celebrate at this year’s HRA holiday party.

“Holiday for Heroes” will recognize the outstanding achievements and commitments of individuals in the restaurant and food service industry and honor them for their invaluable contribution to the Hawaii community.
Friday, December 11th, 2015 from 5:30 pm till 9:30 pm join the HRA at the new
Bread + Butter Restaurant located at 1585 Kapiolani Blvd. next to Shokudo. With its open ambiance and must-experience menu options, Bread + Butter has quickly become the talk of the town for the foodie community. The evening promises to be a culinary experience to be remembered featuring the creations of Executive Chef Arnoldo “Masa” Gushiken. An array of other HRA member restaurants will add to the evening’s culinary lineup at food stations throughout the restaurant.
Festivities will include great bites with multiple food stations and wine options, cocktails, networking, live music by Son Caribe Band, and a canned food drive and raffle to benefit Aloha Harvest.
Prizes this year include apparel by Kit and Ace, gift certificates to The Moana Surfrider, Roy’s, Outback Steakhouse, and much more. The evening’s featured grand prize is an exclusive dinner experience at Fleetwood’s On Front Street in Maui including a special meet and greet with Mick Fleetwood of Fleetwood Mac, round trip airline transportation to Maui courtesy Island Air and a stay at The Royal Lahaina Resort.
Early presale is highly encouraged as tickets to this event are limited. Tickets include admission, food and two drink tickets.
The Hawaii Restaurant Association’s “Holiday For Heroes” Friday, December 11, 2015
5:30 pm – 9:30 pm
Bread + Butter, 1585 Kapiolani Boulevard
$40 / HRA Members - $50 / General Admission
Limited Tickets Available Online at www.hawaiirestaurant.org Portion of Proceeds To Benefit: Hawaii Restaurant Association and Aloha Harvest
About The Hawaii Restaurant Association:
The Hawaii Restaurant Association is the organization unifying, representing and supporting the Hawaii restaurant and food service industry since 1947. The HRA mission is to provide exceptional value through membership benefits, industry advocacy, community involvement, educational resources and networking opportunities.
For more information about the Hawaii Restaurant Association go to: http://hawaiirestaurant.org or call 808-944-9105.
About Aloha Harvest:
Aloha Harvest is a non-profit organization that rescues quality, donated food and delivers it “free of charge” to social service agencies feeding the hungry in Hawai‘i.
Aloha Harvest has collected and distributed over 15 million pounds of food, which now includes quality perishable and non-perishable foods, as well as beverages. The food has been donated by over 875 participating donors, of which 280 are currently active, such as restaurants, caterers, government facilities, hotels, food distributors, businesses and others.
For more information or make a donation to Aloha Harvest go to www.alohaharvest.org or on Facebook at www.facebook.com/alohaharvest.

The Annual Hall of Fame is the recognition of people who have made significant contributions to the restaurant industry in Hawaii. 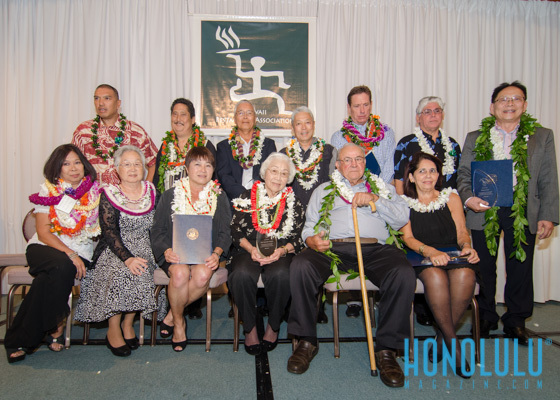 In February, HRA put out a call for nominations. This year, 38 names were put forward. A selection committee reviewed each person for their contributions. The inductees for 2013 are: 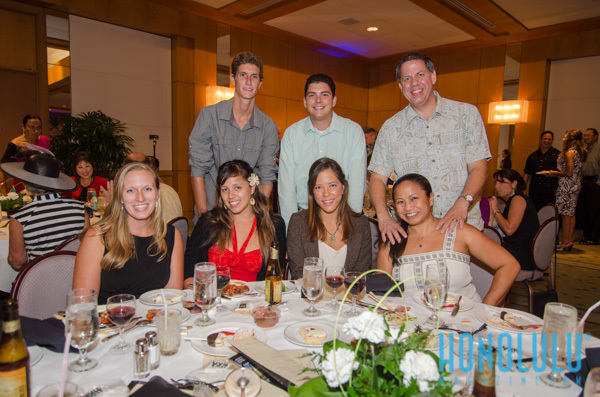