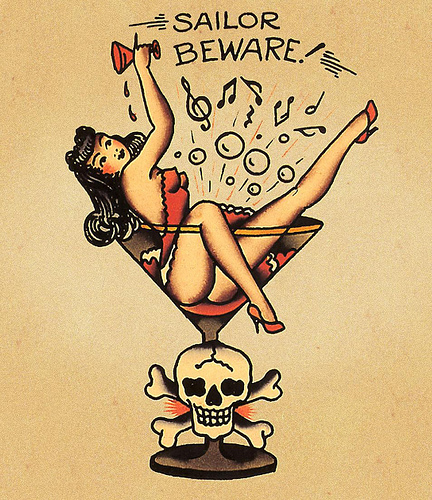 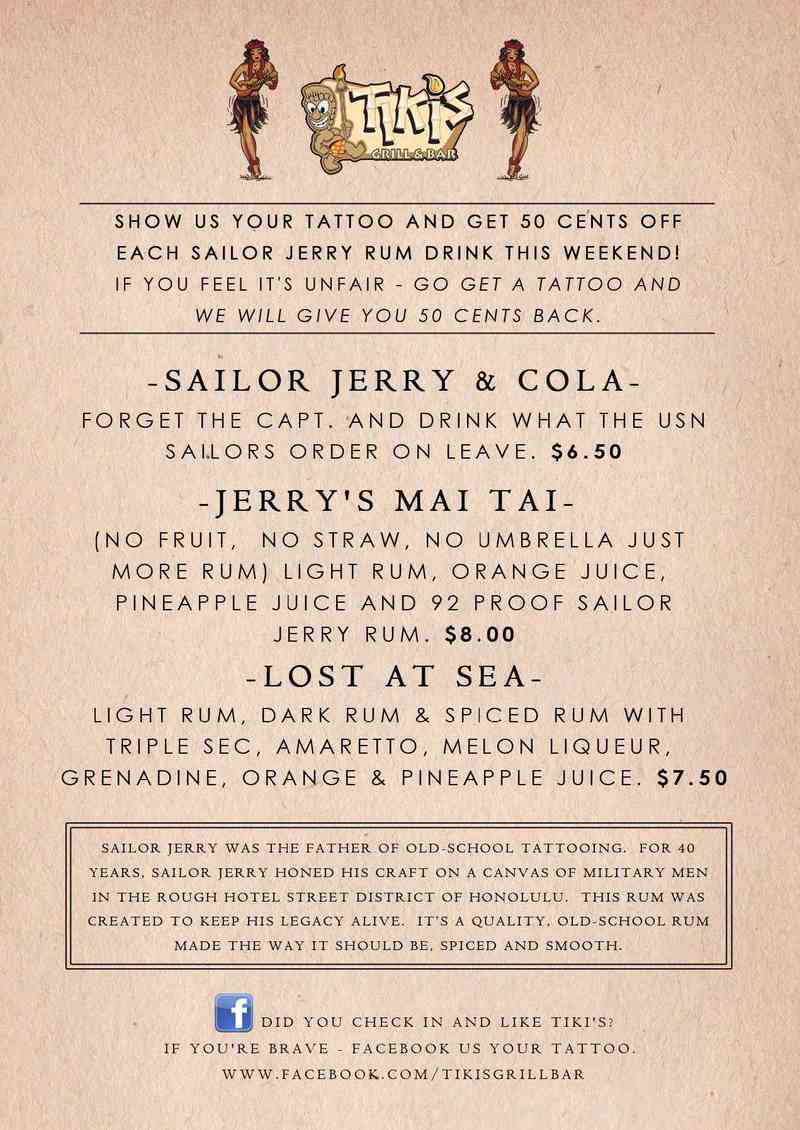 Sailor Jerry was the father of old-school tattooing.  For 40 years, Sailor Jerry honed his craft on a canvas of military men in the rough Hotel Street district of Honolulu. This rum was created to keep his legacy alive. 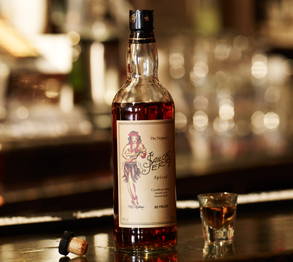 Nose: Intense vanilla, dry buttery toffee and subtle cinnamon notes. Taste: Warm spices of cinnamon & nutmeg with rich vanilla. A long dry finish balanced with a subdued sweetness and a hint of burnt toffee Smoothness is the key to Sailor Jerry's versatility. Enjoy it how you like it — straight, mixed or in a cocktail.
If you really want a true classic tattoo, you'll have to go back in time and cross the Pacific. When your tramp steamer hits the port of Honolulu, jump ashore and head straight to Chinatown. Soon, you'll hit Hotel Street. You'll know you're there by the sudden progression of wide-eyed sailors, foul-mouthed roughnecks, and general mayhem. And there, tucked away on a steamy side street, you'll see the bright red neon glow of "Sailor Jerry's"-the tattoo shop that put ink on the fighting men of the Pacific for nearly 40 years.
Finishing his Naval stint in the late '20s, Collins decided to settle in the then "remote" island of Oahu, Hawaii. In some ways, his timing could not have been better (or worse, depending on who you ask!). This "last outpost" would soon become the stomping ground for over a million soldiers and sailors, all of whom were ready to live life to the fullest-usually contained within a 48-hour Honolulu shore leave. 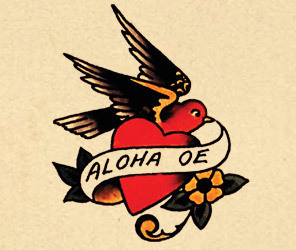