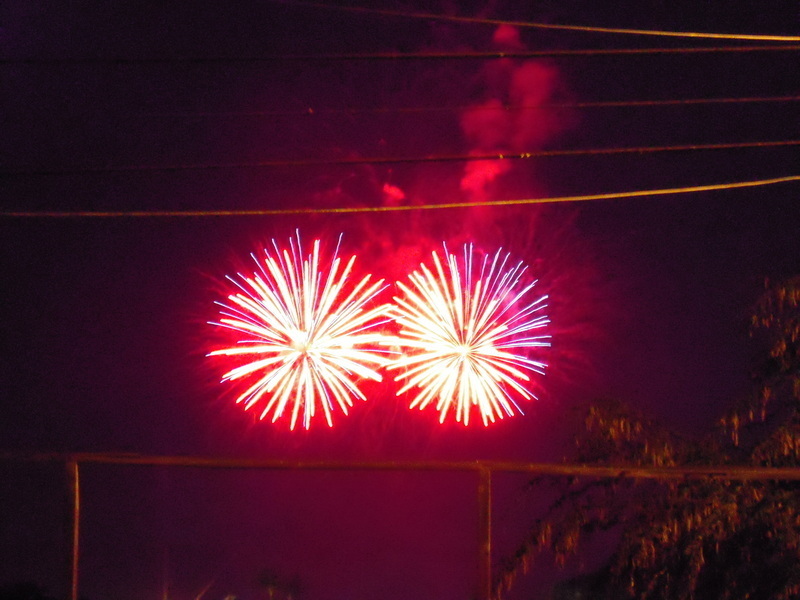 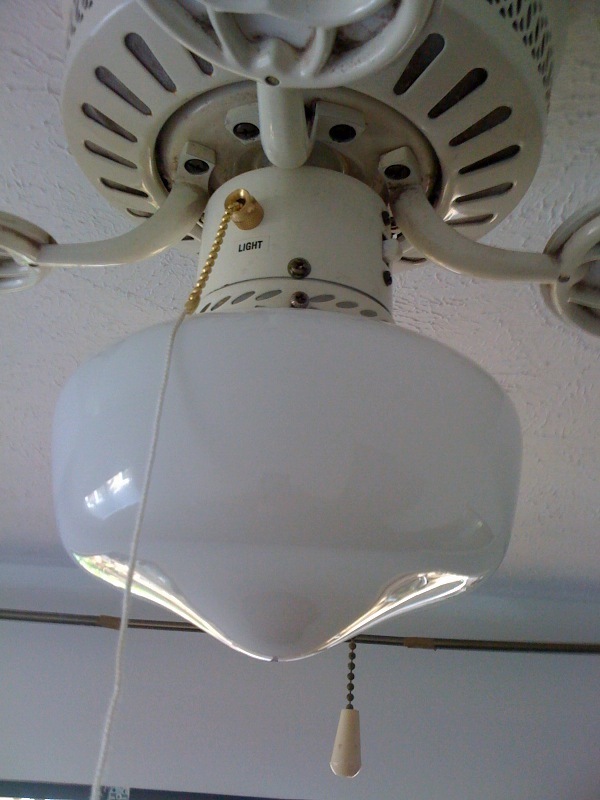 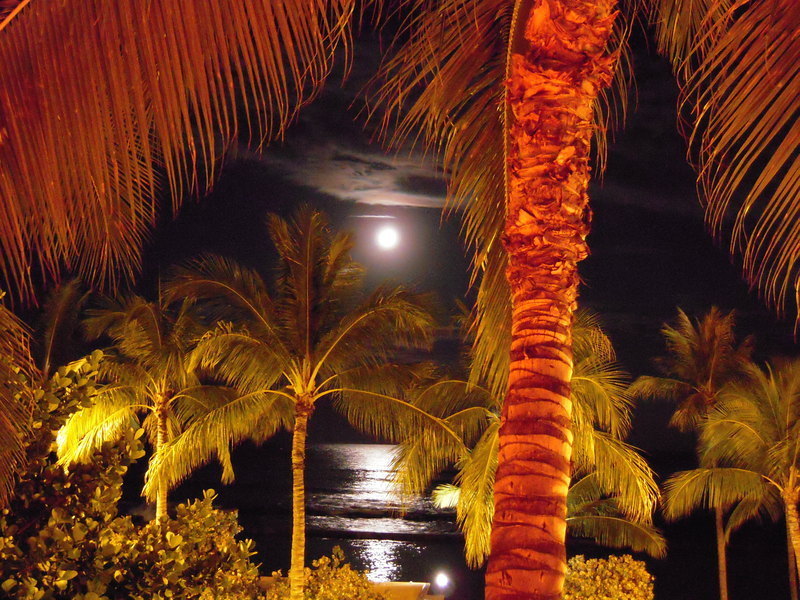 Moon setting into the ocean at Tiki's Grill & Bar. It's a wonderful site to see and the Reggae music setting the night on fire!

The Moon is Earth's only natural satellite and the fifth largest satellite in the Solar System. The average centre-to-centre distance from the Earth to the Moon is 384,403 km, about thirty times the diameter of the Earth. The common centre of mass of the system (the barycentre) is located about 1,700 km—a quarter the Earth's radius—beneath the surface of the Earth. The Moon makes a complete orbit around the Earth every 27.3 days[6] (the orbital period), and the periodic variations in the geometry of the Earth–Moon–Sun system are responsible for the phases of the moon, which repeat every 29.5 days[7] (the synodic period).

The Moon is the only celestial body to which humans have traveled and upon which humans have performed a manned landing. The first artificial object to pass near the Moon was the Soviet Union's Luna 1, the first artificial object to impact the lunar surface was Luna 2, and the first photographs of the normally occluded far side of the Moon were made by Luna 3, all in 1959. The first spacecraft to perform a successful lunar soft landing was Luna 9, and the first unmanned vehicle to orbit the Moon was Luna 10, both in 1966.[8] The United States (U.S.) Apollo program achieved the only manned missions to date, resulting in six landings between 1969 and 1972. Human exploration of the Moon ceased with the conclusion of the Apollo program, although a few robotic landers and orbiters have been sent to the Moon since that time. Nonetheless, several countries have announced plans to return humans to the surface of the Moon in the 2020s.

See also: The Moon in mythology, Moon in art and literature, Lunar effect, and Lunar deity

Map of the Moon by Johannes Hevelius from his Selenographia (1647)

The Moon has been the subject of many works of art and literature and the inspiration for countless others. It is a motif in the visual arts, the performing arts, poetry, prose and music. A 5000-year-old rock carving at Knowth, Ireland may represent the Moon, which would be the earliest depiction discovered.[76] In many prehistoric and ancient cultures, the Moon was thought to be a deity or other supernatural phenomenon, and astrological views of the Moon continue to be propagated today.

Among the first in the Western world to offer a scientific explanation for the Moon was the Greek philosopher Anaxagoras (d. 428 BC), who reasoned that the Sun and Moon were both giant spherical rocks, and that the latter reflected the light of the former. His atheistic view of the heavens was one cause for his imprisonment and eventual exile.[77]

In Aristotle's (384–322 BC) description of the universe, the Moon marked the boundary between the spheres of the mutable elements (earth, water, air and fire), and the imperishable stars of aether. This separation was held to be part of physics for many centuries after.[78]

Moon against the Belt of Venus

During the Warring States of China, astronomer Shi Shen (fl. 4th century BC) gave instructions for predicting solar and lunar eclipses based on the relative positions of the moon and sun.[79] Although the Chinese of the Han Dynasty (202 BC–202 AD) believed the moon to be energy equated to qi, their 'radiating influence' theory recognized that the light of the moon was merely a reflection of the sun (mentioned by Anaxagoras above).[80] This was supported by mainstream thinkers such as Jing Fang (78–37 BC) and Zhang Heng (78–139 AD), but it was also opposed by the influential philosopher Wang Chong (27–97 AD).[80] Jing Fang noted the sphericity of the moon, while Zhang Heng accurately described a lunar eclipse and solar eclipse.[80][81] These assertions were supported by Shen Kuo (1031–1095) of the Song Dynasty (960–1279) who created an allegory equating the waxing and waning of the moon to a round ball of reflective silver that, when doused with white powder and viewed from the side, would appear to be a crescent.[82] He also noted that the reason for the sun and moon not eclipsing every time their paths met was because of a small obliquity in their orbital paths.[82]

By the Middle Ages, before the invention of the telescope, more and more people began to recognise the Moon as a sphere, though they believed that it was "perfectly smooth".[83] In 1609, Galileo Galilei drew one of the first telescopic drawings of the Moon in his book Sidereus Nuncius and noted that it was not smooth but had mountains and craters. Later in the 17th century, Giovanni Battista Riccioli and Francesco Maria Grimaldi drew a map of the Moon and gave many craters the names they still have today.

On maps, the dark parts of the Moon's surface were called maria (singular mare) or seas, and the light parts were called terrae or continents. The possibility that the Moon contains vegetation and is inhabited by selenites was seriously considered by major astronomers even into the first decades of the 19th century. The contrast between the brighter highlands and darker maria create the patterns seen by different cultures as the Man in the Moon, the rabbit and the buffalo, among others.

In 1835, the Great Moon Hoax fooled some people into thinking that there were exotic animals living on the Moon.[84] Almost at the same time however (during 1834–1836), Wilhelm Beer and Johann Heinrich Mädler were publishing their four-volume Mappa Selenographica and the book Der Mond in 1837, which firmly established the conclusion that the Moon has no bodies of water nor any appreciable atmosphere.

The far side of the Moon remained completely unknown until the Luna 3 probe was launched in 1959, and it was extensively mapped by the Lunar Orbiter program in the 1960s.

Although several pennants of the Soviet Union were scattered by Luna 2 in 1959 and by later landing missions, and U.S. flags have been symbolically planted on the Moon, no nation currently claims ownership of any part of the Moon's surface. Russia and the U.S. are party to the Outer Space Treaty, which places the Moon under the same jurisdiction as international waters (res communis). This treaty also restricts the use of the Moon to peaceful purposes, explicitly banning military installations and weapons of mass destruction (including nuclear weapons).[85]

A second treaty, the Moon Treaty, was proposed to restrict the exploitation of the Moon's resources by any single nation, but it has not been signed by any of the space-faring nations. Several individuals have made claims to the Moon in whole or in part, although none of these are generally considered credible.[86] 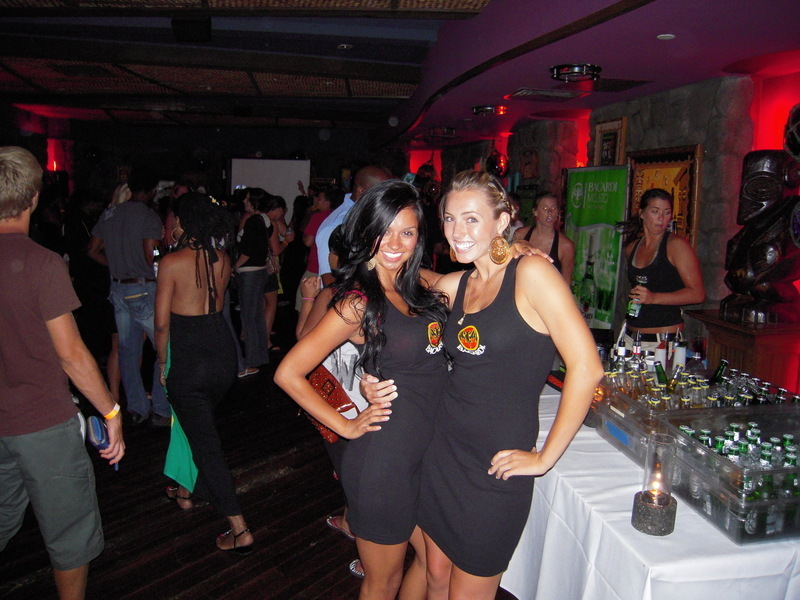 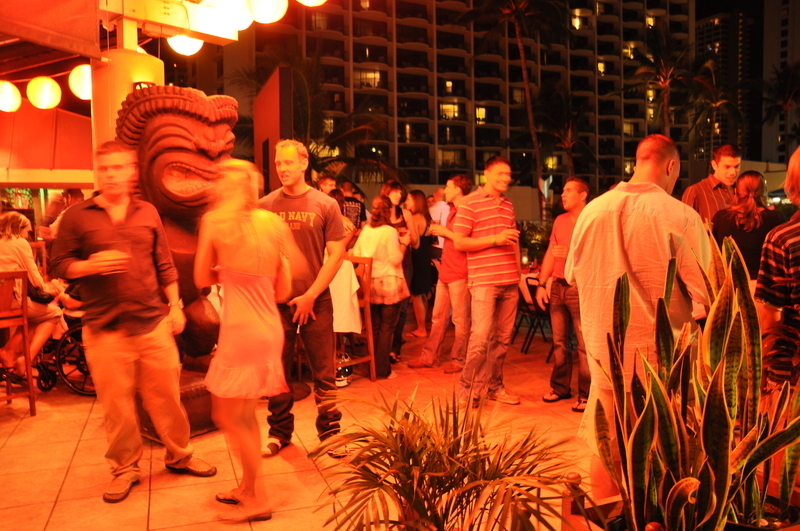 Email me before 9:30 to get on the guest list!
Events@tikisgrill.com 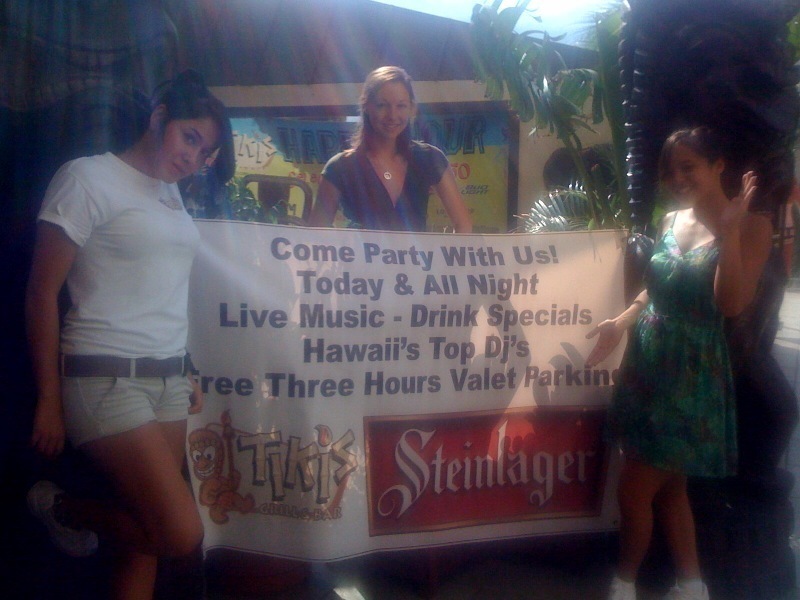 Open Mic Night at Tiki's Grill & Bar every Wednesday!Johnny Helm the host buys the first 100 Bud Light for guests. If your visiting or live on Oahu we want to see you perform.  Free Valet for 3 Hours every night. Tonight the sun slips in to the ocean at 7:17 PM.www.tikisgrill.com 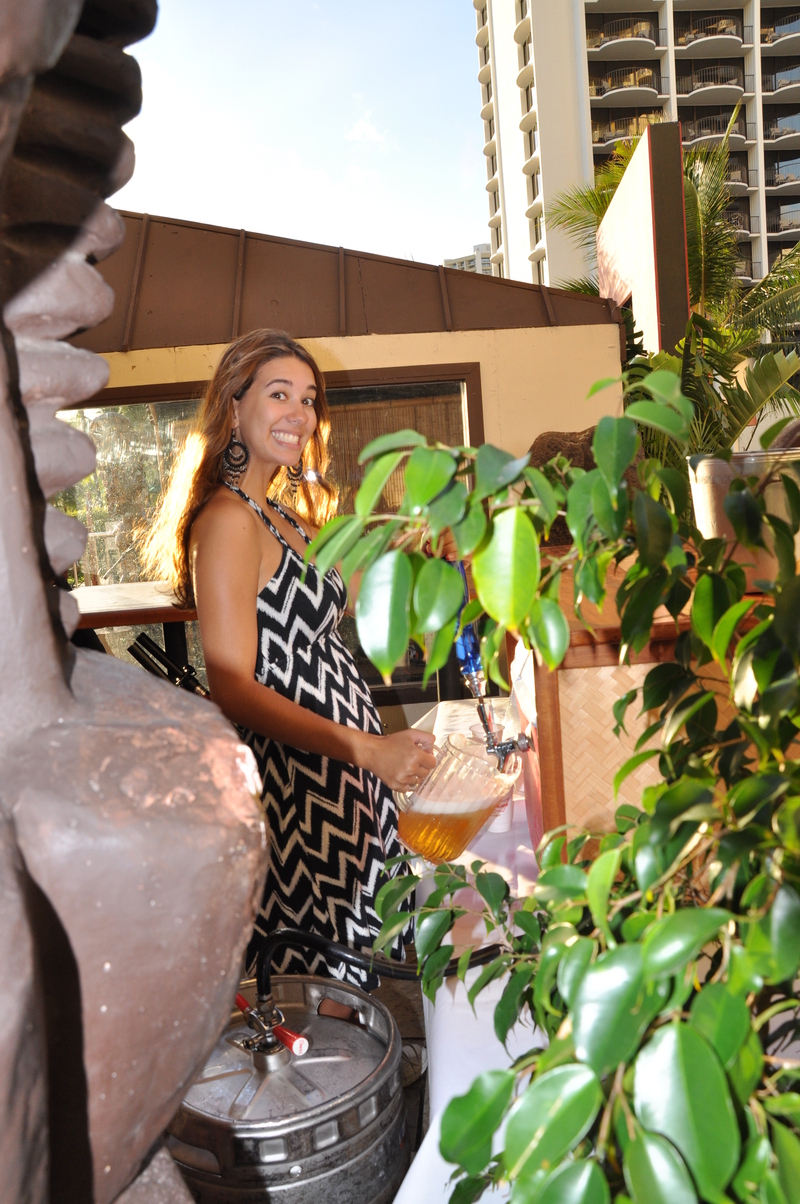 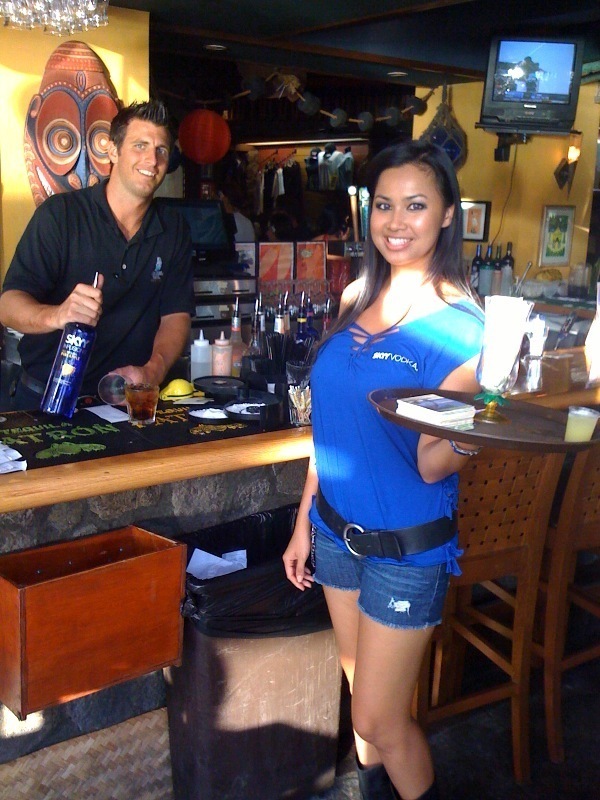 This lime tree is in front of the studio in Lahaina we are still trying to rent. I planted this tree about 9 years ago. We gave away limes to family and friends on Maui. The plan is to give more and still take a bunch in to Tiki's.  Our bartenders love it when we bring in island grown fruits.  My dad came down two days in a row to help trim it up the lime tree and he also gave us 12 two foot square cenment pavers that we carried and set in the back. Next step will be to build a ground box around them and fill with gravel. 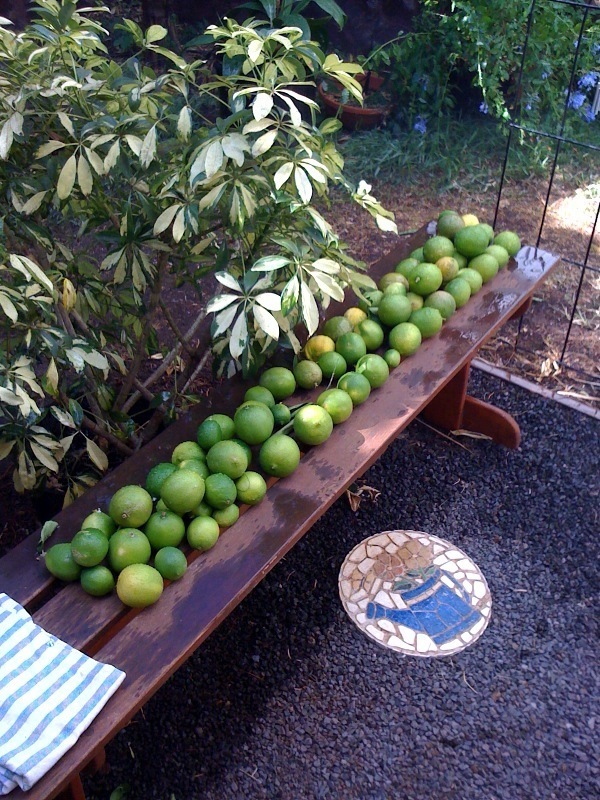