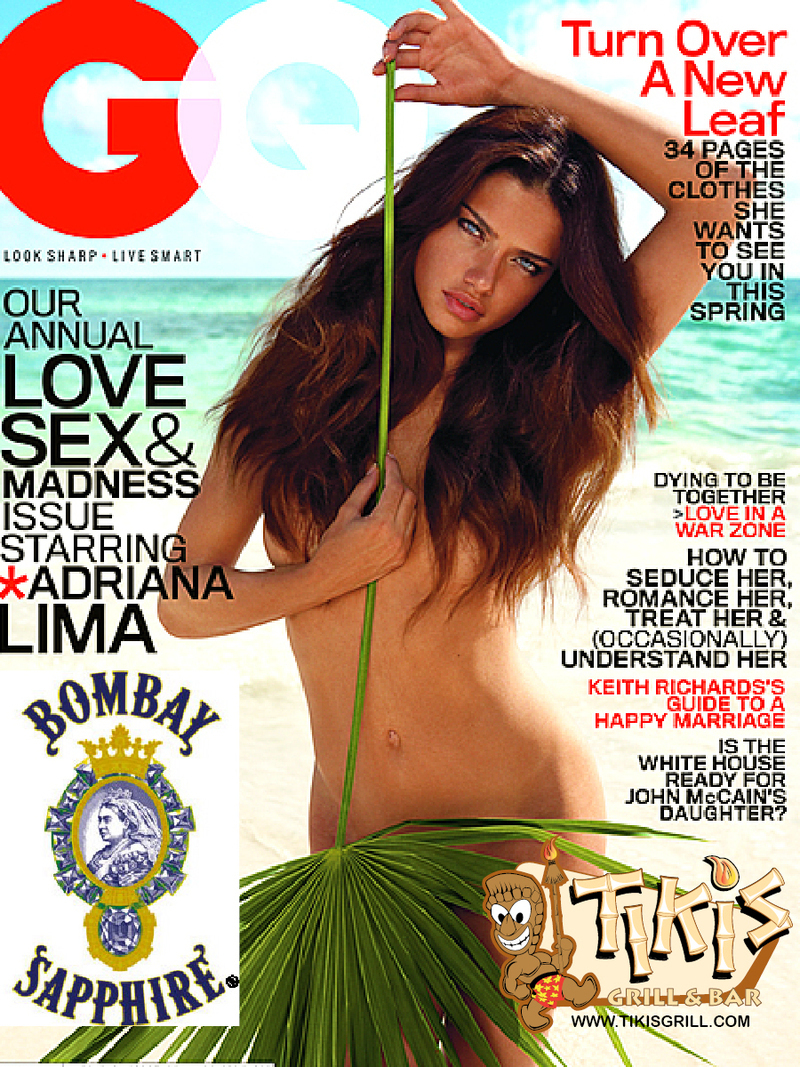 Come cheer on your favorite bartender and sample some of the
creations of Pete Gugni Master Mixologist for Bombay Sapphire. Mr.
Gungni is being flowing in from Chicago to judge this competition.

Industry people that show their blue card will be entertained in our
GQ VIP area hosted by Bombay Sapphire.

...The Spirt of Exploration - An night of Gin you don't want to miss...

This was a great weekend - Lisa and I completed our long-awaited
planter box for Granddaddy's taro, using salvaged wood from the
wedding deck project. (Got poi? Not yet, maybe next year......) 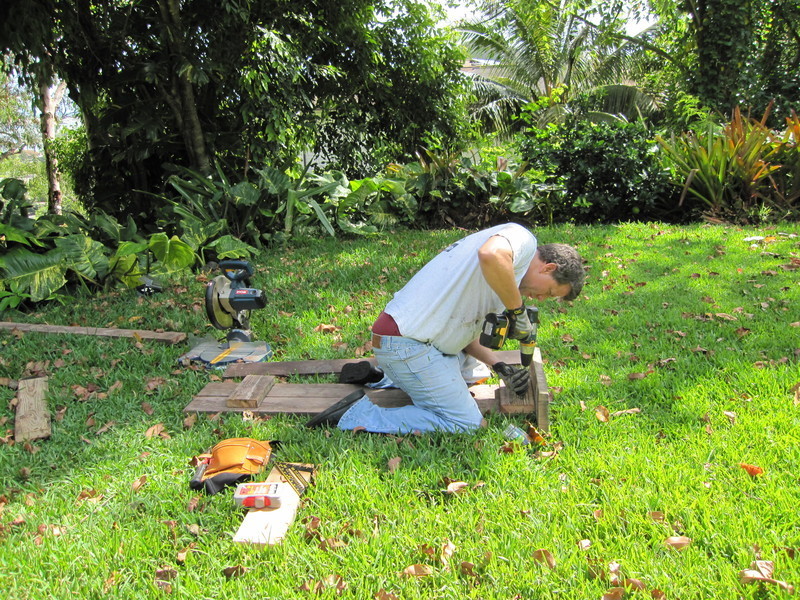 Building on our current success of nightly live music, Pink Tiki features a DJ in the Ocean Room, drink specials, VIP bottle service, dancing and a late night class on drink making. We do this each and every Friday night. The party revs up at 10pm. Danny our bartender created a drink to match the night. It's called the Pink Tiki and here is how to make it!
1 oz. Grey Goose
.5 oz. Cointreau
Fresh Lemon
Pinch of Sugar
Dash Strawberry Puree
Splash of 7up

Fill shaker tin with ice then pour Grey Goose and Cointreau in it. Dash of strawberry puree, Squeez fresh lemon and add pinch of sugar and shake. Strain into sugar rim martini glass then fill with splash of 7up. If you want free cover this week. Our VIP Code for this week is "Fresh Lemon"  You need to print this page out or show it on your phone/ PDA. Follow us on twitter at @tikisgrill & @MahaloMichael
With Singapore Sling, Mai Tai, Pohonu Punch, Tahiti Sand, Kahonu Grog, Pele Bowl, Ku-Ku Cooler, The Zombie and appropriate Tikis, bowls, cups & drinking tools. A wonderful gift from my new wife, Lisa. (Greg will be so jealous of the shirt!) 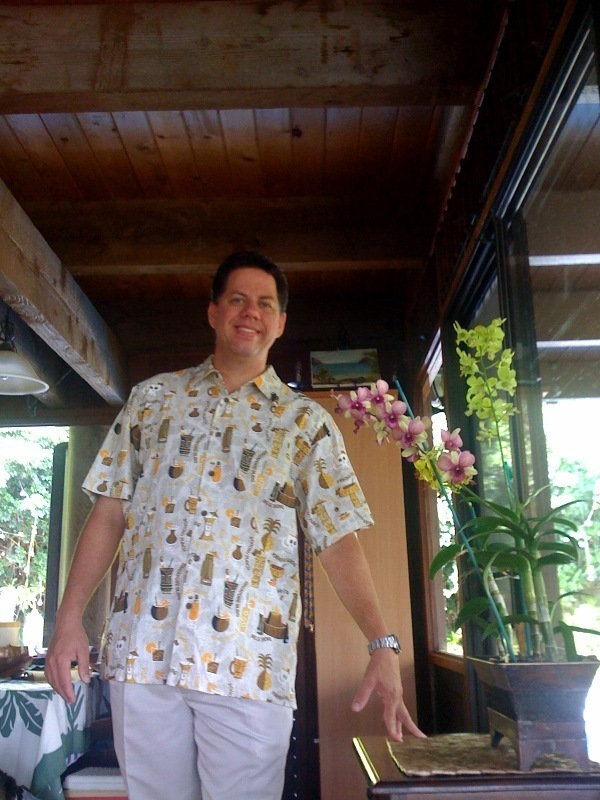 Kaumakaiwa Kanaka'ole did a surprise chant with his mom in the red,
and his grandmother in blue top, after accepting his Hoku for best
male vocalist at last night's awards ceremony.

I look forward to attending the 32nd annual 2009 Na Hoku Hanohano Awards tonight at the Sheraton Waikīkī Hotel in the Hawai‘i Ballrooms.  When I say "look for me" I mean look for me as a guest attending and not performing. I plan to send out a few tweets, I don't want to be to rude to the other guests on my table. Other Fellow twitter users to follow are @HawnBroadcast, @hehawaiiau, @mountainappleco for tweet updates.  If anyone else will be Tweeting live, please let @nahokuhanohano know and they will retweet so others can follow you. Use hash tag #nhh09

The awards honor outstanding achievements in the music recording industry in Hawaii. The Awards and festivities will be telecast live on K5 the Home Team statewide and world wide viewers can see it via live streaming video on k5thehometeam.com all broadcasts will start 7:30pm Hawaii time .


Hawai‘i Academy of Recording Arts (HARA). The Academy is a nonprofit organization formed in 1982 to stimulate interest in the local recording industry and the music of Hawai'i.

HARA traces its origins to Hawaiian Radio KCCN, which conceived and organized the 1st Annual Nā Hōkū Hanohano Awards in 1978. KCCN celebrated its 30th anniversary in 1996. The Academy highlights its year by producing the Nā Hōkū Hanohano honoring the achievements of excellence in the recording arts. Only entries created, produced, and/or engineered; recorded by a local resident artist, musician, or technician, released during the eligible year; and primarily distributed in Hawai'i are acceptable for nomination (non-resident entries qualify only in the genre categories, Hawaiian, Contemporary, Anthology, Christmas, etc.).

After the show we look forward to meeting up with friends at Tiki's Grill & Bar and watching Beach 5 perform.

Last Week the officers of Electronic Attack Squadron 138 (VAQ-138), also known as the "Yellowjackets" hosted a party for the Squadron at Tiki's Grill & Bar.  Today they stopped by and dropped of a few gifts to say thanks for hosting a great party. A few Squadron T-shirts, Patches and a EA-6B Prowler poster signed by the pilots. Mahalo for the Mahalo! 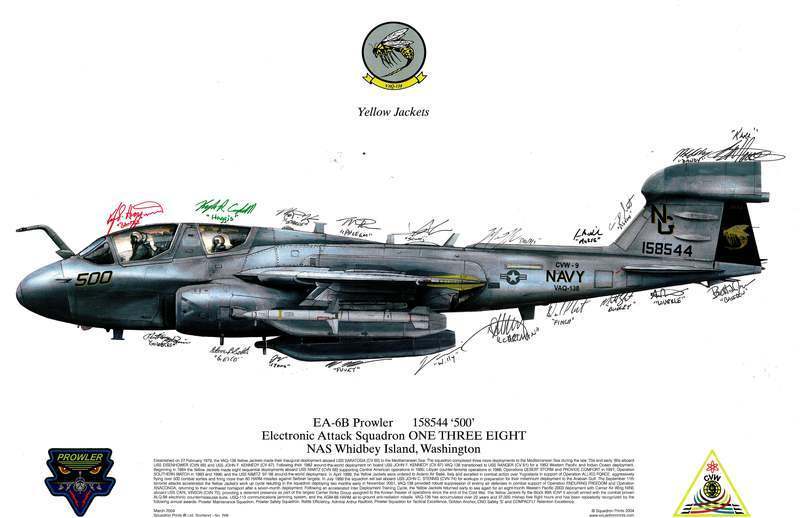 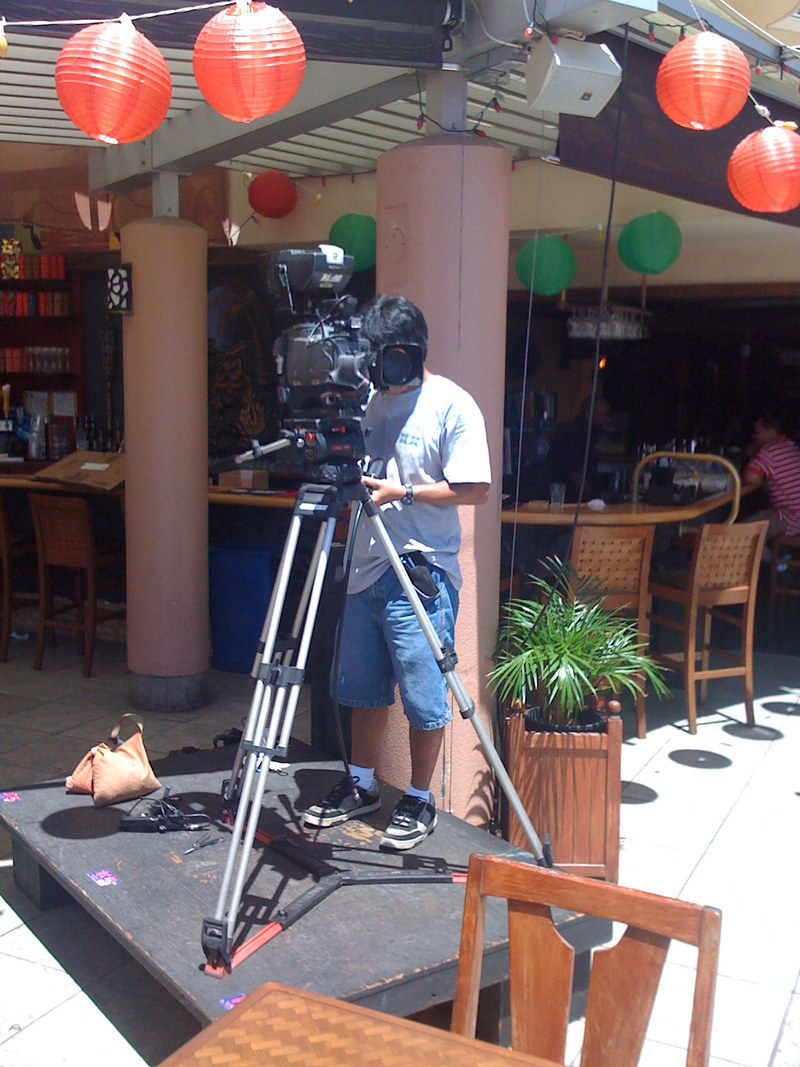 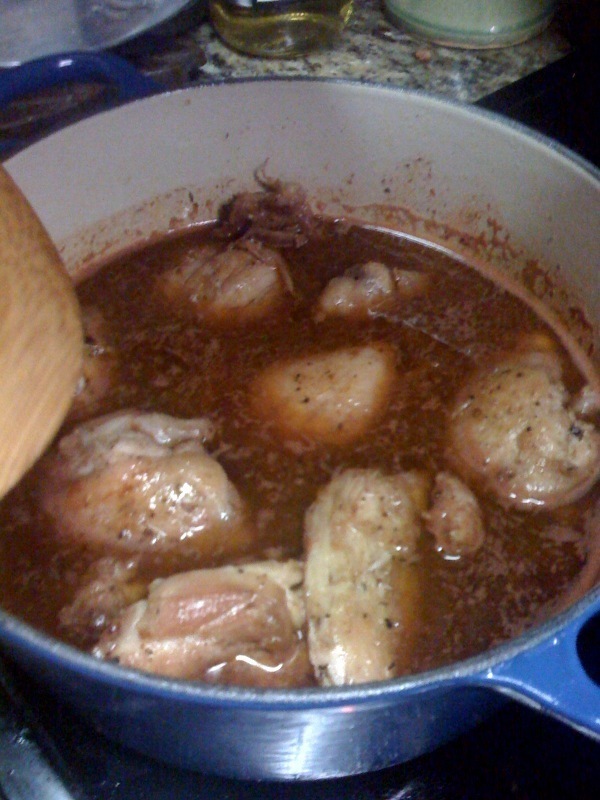